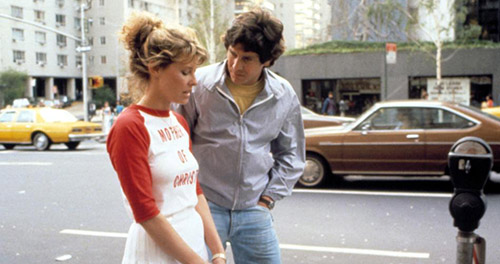 It’s not Tim Matheson or Kate Capshaw’s fault. Really, it isn’t. Both of them are plenty attractive and charismatic to carry a film like this. The problem is that A Little Sex is a boiled-down reduction of every rom-com ever made. Matheson plays a guy who talks his long-time female buddy (Capshaw) into getting married. But since he can’t keep his wiener zipped up, he cheats on her and everyone is sad for a while, until he eventually makes an impassioned plea for forgiveness, and then — spoiler alert — she forgives him and they live happily ever after.

It also doesn’t help that dialogue sounds a little too playwrighterly and the whole thing feels like a failed stageplay redirected to the silver screen. Normally, I enjoy seeing character actors like John Glover, Wendie Malick, Wallace Shawn, or Edward Herrmann, but like Matheson and Capshaw, they can’t do all that much to save the material from its ponderous, paint-by-numbers procedural break-up and reconciliation.

In other words, A Little Sex is — apart from great casting — everything wrong with romantic comedies.