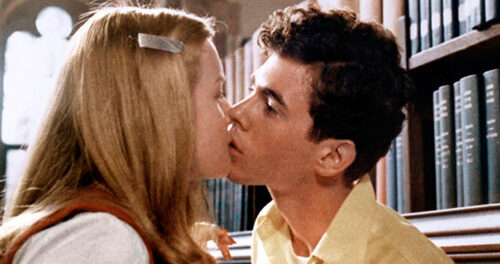 Gary Grimes and Jerry Houser reprise their roles from the emotionally charged Summer of ’42 in this lackluster, somewhat pointless follow-up. Whereas Summer of ’42 was very much about a young man’s sexual awakening with an older woman, Class of ’44 is more of a slice-of-life movie with no overarching narrative goal. It sees Grimes and Houser’s characters off to college while their friend (Oliver Conant) enlists with the Navy.

I imagined news of the third friend’s death would probably be the sobering revelation that cues the movie’s denouement, but it’s something more random. Before then, the movie is a series of episodic events, including fraternity hazing rituals, dating a pushy girlfriend, and quarreling with a smelly roommate (Sam Bottoms). What’s the takeaway? I’m not sure there is one. But Grimes and Houser are charismatic enough to make the film a little more than tolerable. With William Atherton and Deborah Winters.