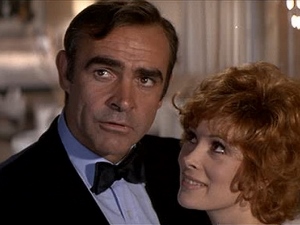 Sean Connery returns one more time (not counting his appearance in 1983’s unofficial entry, Never Say Never Again) in what is easily the silliest of his Bond films. Charles Gray picks up the part of archvillain Blofeld, who this time is hording the world’s diamond supplies so that he can build an orbiting laser gun to terrorize the world. I like the light, breezy tone of the movie. Jill St. John makes for one of Connery’s best female costars, and it’s nice to hear Shirley Bassey over the main titles again. I don’t care for the gay duo of evil sidekicks, Misters Kidd and Wint, and the third act aboard the off-shore oil rig is weaker than most Bond finales. But even mediocre Bond is good Bond to me.