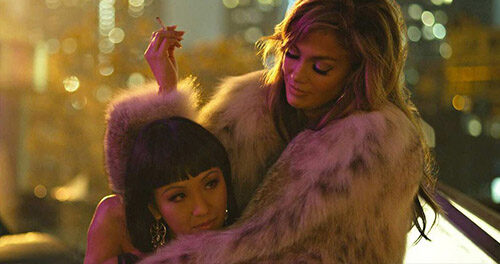 Constance Wu and Jennifer Lopez headline this true story about a gang of strippers who prey on Wall Street men after the financial crash of 2008 dried up their prospects. Based on a New York Magazine article, the screenplay begins with Wu and Lopez’s characters becoming good friends, suffering the economic crisis, and then rebounding by drugging men and charging up their credit cards.

The first and second acts are a fun time with these ladies. Jennifer Lopez performs one hell of a pole dance early in the film, and it’s at times funny to see how the women scam their clients later on. But like Magic Mike (another stripper movie), there are consequences for bad judgment and illegal deeds. The third act of Hustlers grows more somber and sobering when Wu and Lopez’s forged sisterhood is threatened by potential jail time.

At its heart, Hustlers is a girl bonding film, with the lonely Wu finding not just a friend, but a mother figure in Lopez’s world-wise mentor character. Their relationship and both the women’s performances are the main reason I recommend Hustlers. Cardi B is amusing in a small role, and I was delighted to see Mercedes Ruehl (The Fisher King) in a supporting role. With Julia Stiles.