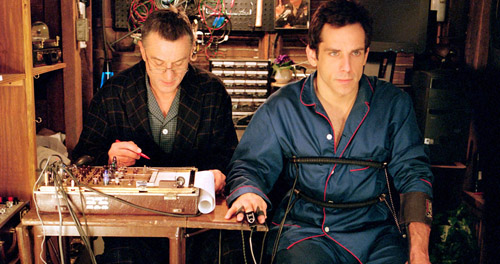 Ben Stiller and Robert DeNiro headline this ‘comedy of errors’ flick about a male nurse seeking permission from an ex-CIA agent to take his daughter’s hand in marriage. Formula comedies usually fail or succeed on the strength of casting. To that end, Stiller and DeNiro carry Meet the Parents over the finish line. The screenplay conjures up a handful of memorable moments — including the antics of a precocious Himalayan cat and an embarrassing conversation about milking mammals. Randy Newman catches a suitable cartoon vibe with his score and it’s always great to see Blythe Danner in a movie, even when it’s the thankless ‘mother’ role. With James Rebhorn and Owen Wilson. Directed by Jay Roach (Austin Powers: International Man of Mystery).