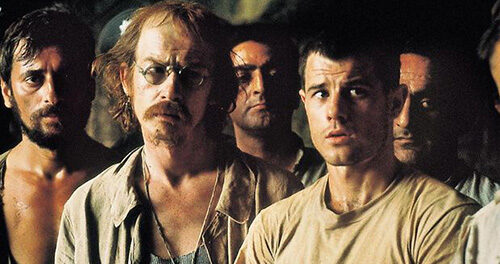 Brad Davis (Querelle, Chariots of Fire) stars in this true story about an American named Billy Hayes who was sent to a dehumanizing Turkish prison for trying to smuggle hash over the border. Originally sentenced to four years, Hayes learned just 53 days before his parole that the Turkish government upped his term to a minimum of 30 years. While his girlfriend and family fought for him at home, Hayes tried to hold onto his health and sanity in a place where the living conditions are harsh and the slightest indiscretions are met with brutal torture.

Billy Hayes’ story becomes a lurid page-turner in the hands of screenwriter Oliver Stone (Platoon, JFK), who would earn his first Academy Award for adapting Hayes’ memoir. Stone’s passion for fighting injustice and proclivity for depicting the descent of man are both on vivid display in this early work. The film gains extra real-world grittiness from director Alan Parker’s (Angel Heart, Birdy) masterful location and casting choices. Davis proves himself a star in the making (though his career would be cut short by AIDS). John Hurt and Randy Quaid deliver solid supporting performances as Billy’s two best prison companions. The film also gets extra credit for its sensitive treatment of homosexuality and Giorgio Moroder’s evocative score. With Bo Hopkins and Paul Smith.