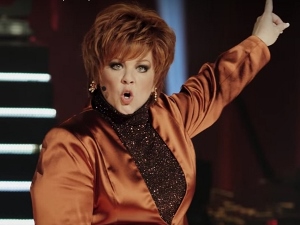 And if you look out your window at the Isle of Misfit Movies, you might catch a glimpse of The Boss, an alleged comedy from 2016 starring Melissa McCarthy, Kristen Bell, and Peter Dinklage. McCarthy stars as a crude version of Martha Stewart, a ‘better living guru’ who gets tossed in the slammer for insider trading. When she gets out of the big top, she has a hard time getting her bearings. She crashes with a former employee, played by Bell, and ends up building a whole new business empire with her, before selling Bell out for the all-mighty dollar. McCarthy’s character is then forced to find the heart within her Grinchy exterior. Yawn. Oh, and Peter Dinklage is her business nemesis. They fight with swords in the third act and shit. Dinkles is so above shit like this.

The movie almost finds its footing when McCarthy is working directly with little girls to improve their Girl Scout Cookie sales, but prior to that and after that, The Boss is muddled in its aim and consistently unfunny.