Peter Bogdanovich adapts Larry McMurtry's nostalgic coming-of-age tale, creating a film so believably rooted in a lonely time and place (the early '50s Texas dust bowl), that you have a hard time shaking it when it's over. The film chronicles the the sexual indiscretions of its ensemble of characters, which include a high school infatuation between Duane (Jeff Bridges) and Jacy (Cybill Shepherd), as well as young Sonny's (Timothy Bottoms) affair with the coach's wife (Cloris Leachman). 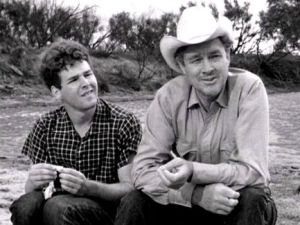 The entire ensemble cast deliver some of the most powerful performances ever put to celluloid. Ben Johnson and Cloris Leachman both took home Oscars for their performances. Leachman, in particular, delivers a powerful display of rage and forgiveness in the film’s final scene, surely one of the best-acted scenes in American movie history. Ellen Burstyn and Eileen Brennan are also memorable in supporting roles.

Films that wax nostalgic can easily turn into cheese fests, but McMurtry and Bogdanovich anchor The Last Picture Show in the angst of its characters. Who on Earth can’t relate with their predicaments, haunted by joyful memories and fearful of tomorrow’s uncertainty? After multiple viewings, I still have a hard time putting into words just why this film fascinates me so much (besides its superlative execution). I think buried under the nostalgia and shenanigans is a thoughtful meditation on life. The Last Picture Show is a palpable film about the ephemeral. Whenever I watch it, I’m keenly aware of where I’ve been, where I’m at, and where I think I might be going.