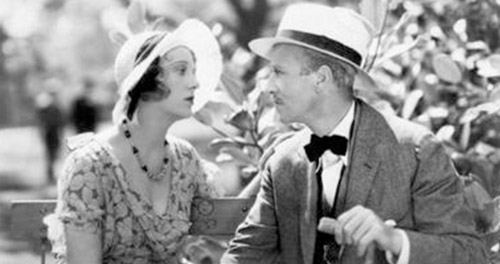 Dorothy Mackaill stars as a young woman strung along by a wealthy suitor who eventually declines to marry her, souring her relationship with any man until a rich artist comes along and strikes her fancy. The Reckless Hour is cut from a well-used cloth, but moves briskly for an early talkie and features a couple of colorful supporting performances, namely Joan Blondell as Mackaill’s more spirited sister and Joe Donahue as her reluctant boyfriend. Conrad Nagel, as the artist paramour, also has some fun moments with his droll butler.

The comedic moments are the film’s best, but the film isolates them and embraces a far more serious tone overall — even broaching unwed pregnancy and abortion. The dramatic subplot of Mackaill’s worried father (H.B. Warner) and the ‘falling in love’ sequences feel trite or unconvincing in comparison. The film’s third act is so screwball in nature, it makes one wish the whole film was treated with a lighter touch. Without that lighter touch, Mackaill’s character becomes pretty unlikable after resisting Nagel’s charms only to later ask him for five thousand dollars in exchange for accompanying him on a overseas trip. And after that arrangement, they get… married?