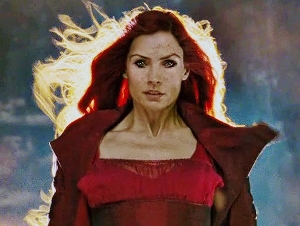 This is certainly the most action-packed of the X-Men movies, but it’s also the most disrespectful and emotionally hollow. There are some great set pieces, including the free-for-all at Jean Grey’s childhood home, the Golden Gate bridge raising, and the visually stunning climax at Alcatraz, where Dark Phoenix (Famke Janssen) unleashes an effects-filled can of whoop-ass upon the world. There’s potential in that sequence for unforgettable drama, as Wolverine (Hugh Jackman) risks his life to kill his true love. But the movie doesn’t have the good sense or taste to build that relationship, so the climactic moment has little meaning.

The script feels very much like a forced marriage of two ideas: one storyline follows the government’s new mutant “cure,” and the other features the resurrection of Jean Grey as the terrifying Dark Phoenix. If it were me, I’d have forgotten the cure business and focused the narrative solely on Dark Phoenix. It’s too powerful a concept to get the short shrift. The script is even more disgraceful in the way it handles Cyclops’ death. No one, not one of the characters he lived with for so many years, stops to even acknowledge his passing, much less shed a tear. At the end of the movie, as the tombstones roll across the screen, it’s clear the creative forces behind the film (including director Brett Ratner) have far less respect for X-Men and its characters than Bryan Singer did with the first two films.

I can still enjoy this movie, but only for its parts — the scenes I mentioned above, the addition of Kelsey Grammar as Beast, seeing Archangel fly for the first time, and the exciting score by John Powell. It’s just too bad the sum of these parts is a bloody mess.