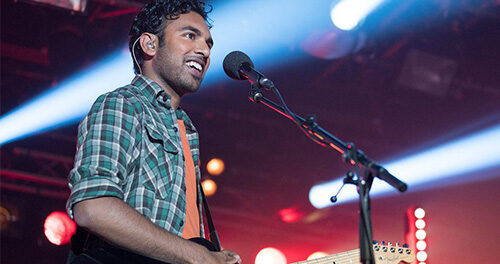 Himesh Patel stars as a struggling singer/songwriter who wakes up from a street accident to learn the world is just a wee bit different than it was before he blacked out — The Beatles no longer exist. There are other changes, too, but Patel’s character decides to make the most of everyone’s collective amnesia and starts performing The Beatles’ songs. Before long, he’s a worldwide sensation — but riddled with guilt about his theft of intellectual property, and worried that he’s ignoring the girl of his dreams in favor of super-stardom.

Yesterday is being marketed as a wish-fulfillment sort of comedy. But the high concept rarely generates laughs or even pleasure. Patel’s character is so uneasy about stardom and so plagued by his conscience, that the film never even reaches for exuberance or joyful fantasy. It’s all too real and all too gloomy. Patel seems like a fine actor, but I don’t like how his character is written — at least not for a film that is trying to be a comedy. I also didn’t enjoy the b-storyline involving his budding romance with his long-time friend and manager, played by Lily James, the poor man’s Keira Knightley. Again — not faulting the actors, because James actually has some good moments when she gets to portray conflicting emotions. It’s just that I’ve seen this sort of thing many times before.

There’s an inspired moment in the film’s third act that I can’t spoil. I’ll just say that it helped redeem the movie a bit. Without it, I wouldn’t have cared much for the movie at all. I normally enjoy anything director Danny Boyle (Sunshine, 127 Hours) lays his hands on, but this may be my least favorite entry in his filmography. With Kate McKinnon and Joel Fry.