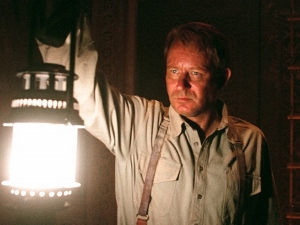 Director Renny Harlin’s cut of this film is more quickly-paced and energetic than Paul Schrader’s (both films feature the same story and most of the same cast), but it has the misfortune of stepping in a big pile of silly toward the end. Is that Beelzebub or Bugs Bunny we’re supposed to be cowering before? Stellan Skarsgard is great as a younger Father Merrin (Max von Sydow in the original classic). The computer-generated hyenas really plucked my nerves.