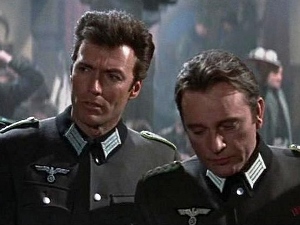 There is at least a certain amount of fun to be had in watching Clint Eastwood pump lead into Nazis. Where Eagles Dare is about a group of Allied forces trying to raid a Nazi stronghold to rescue a captured General who knows the secret plans of D-Day. The film tries very hard to be The Guns of Navarone (they’re both written by Alistair MacLean). Unfortunately, the chemistry between Richard Burton and Clint Eastwood is virtually nonexistent, and it’s hard to find anyone in the cast to latch onto. Still, it’s a lavishly mounted production with some tense confrontations, a few exciting set pieces, and a beautiful Alpine setting. Quentin Tarantino loves this movie, and it’s easy to see why, but I suspect QT could have done better with the material.