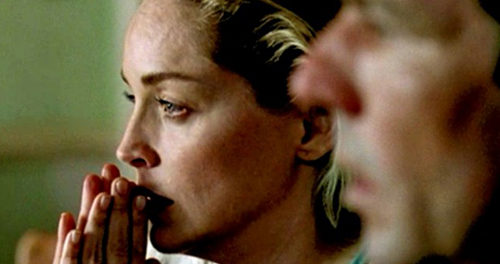 Dennis Quaid and Sharon Stone move their family from the hustle and bustle of the big city to an old mansion in the middle of rural nowhere. But before they’re settled in, a strange and spooky man (Stephen Dorff) comes knocking. As a series of unfortunate events unfold, the family discover the man has a connection to the property and he’s not about to let it go.

Cold Creek Manor reminded me of a half-witted blend of Pacific Heights and Straw Dogs, with Quaid playing the timid husband who has to grow a pair and defend his family from an intruder who just won’t leave. The movie narrowly suffices as popcorn entertainment if you’re a fan of Quaid, Stone, or Dorff. I enjoy all three. Their charisma, along with the country setting and production design, got me through the run-time. Unfortunately, the script contains a multitude of genre clichés, telegraphed twists, and faulty logic that collectively mire director Mike Figgis’ (Leaving Las Vegas) attempt to deliver an original, engrossing piece.

Highlights include the fate of a family pet (you’ve been warned), while the low points include an unintentionally hilarious sequence in which the family runs screaming through the house, terrified by a series of conveniently-placed snakes. The supporting cast includes Kristen Stewart of Twilight fame as Quaid and Stone’s daughter, Juliette Lewis as an antagonistic local, and a senile but secret-carrying Christopher Plummer.