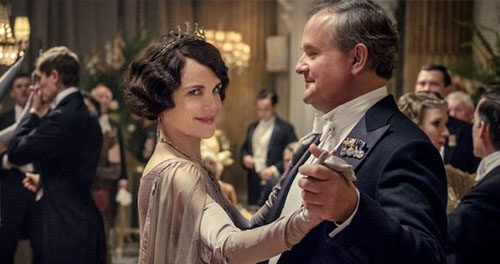 First off, know that I have never seen an episode of the Downton Abbey TV series. I went into the feature film completely cold, but despite having no history with these characters or their melodrama, I found the feature film surprisingly fast-paced and engaging, beautiful to look at, and irresistibly charming.

The film centers around the King and Queen of England’s visit to Downton Abbey, which calls for a great deal of preparation and a fair amount of anxiety among the story’s characters. The aristocratic half living upstairs are dealing with the timing of a new pregnancy, a suspected assassin in their midst, and whether or not to even keep the house running as the world advances around them. Meanwhile, the staff downstairs are devastated to learn the royal family have their own army of servants that begin rudely commandeering the house. Is a rebellion in order? The staff’s coup skews comedic, while the head butler’s closeted homosexuality leads to events more serious.

Downton Abbey is predictable in its broad strokes and soap-operatic as all get out — not usually my thing. But I was hooked by a handful of characters enough to make me want to watch the series. Maggie Smith, as the family’s matriarch, steals the show, of course. She and Penelope Wilton exchange a handful of delightful barbs. Jim Carter’s butler character is also a stand-out, as are the impossibly handsome characters played by Robert James-Collier and Allen Leech. With its man candy in fancy clothes, the fancy setting, and the witty jabs, Downton Abbey is a place I could definitely revisit.