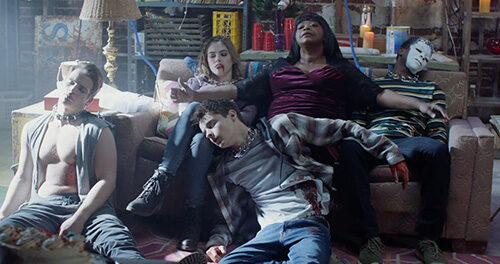 Oscar-winner Octavia Spencer reunites with The Help director Tate Taylor on this horror-thriller about a lonely woman who befriends a group of high school teenagers. The teens enjoy hanging out and drinking beer in her basement until the woman, affectionately nick-named ‘Ma,’ becomes too needy and demanding of them. As they try to distance themselves from her, Ma takes drastic measures to bring them back into her fold — but for what nefarious purpose?

Taylor and writer Scotty Landes make a conscious decision to make Spencer’s Ma character not just the villain of the movie, but also the main character. For a horror film, it’s generally more suspenseful to keep the villain’s goals and motivations a secret. But in Ma, a series of flashbacks give away Ma’s backstory and deflate some of that possible suspense. But I think there’s a trade-off. By getting to know our villain better, we also sympathize with her more. I’d argue what we lose in suspense, we gain in dramatic engagement. Either way, I didn’t know exactly what Ma’s designs were, or just how far she’d go to see them executed. And in case you’re wondering, she’s willing to go pretty far. The third act puts a toe across the line into Saw and Hostel territory.

It may not be the shiniest, most exciting new horror movie, but I enjoyed Ma quite a bit. It’s a good old-fashioned horror-thriller anchored by a terrific leading actor. I was also pleased to see Juliette Lewis and Allison Janney among the supporting cast members. Gregory Tripi’s electronic score is both memorable and on-trend.