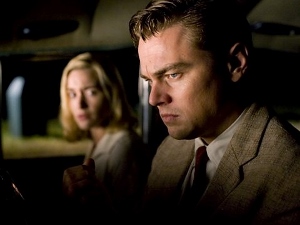 Revolutionary Road explores the dark side of marriage, where husband and wife suffocate in the confines of traditional gender roles and start lashing out at one another. Leonardo DiCaprio and Kate Winslet (together again for the first time since Titanic) service the material very well. The movie wisely avoids too much pointed dialogue, which makes it more of an acting (reacting) showcase. I was also impressed with a supporting turn by Michael Shannon. Shannon plays a character who has been institutionalized and given electro-shock therapy. His astute observations on human behavior and heterosexual relationships make you reconsider who the crazy ones are. If you think marriage is nothing but a wonderful thing, you probably won’t like this movie. It’s a tragedy about sacrifice, settling for less, and the long, quiet death that follows “I do.” Directed by Sam Mendes (American Beauty, Skyfall).