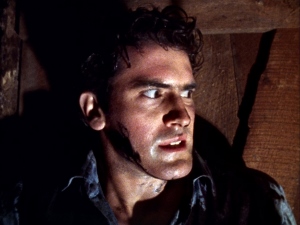 Director Sam Raimi (Spider-Man) puts five young people in a cabin in the woods and lets all hell break loose. The Evil Dead is a true independent, low budget marvel, filmed on the director’s dime whenever he could get his moviemaking friends together to continue the shoot. Raimi’s style is kinetic, cartoonish, and… I want to say ‘squishy’. Evil Dead is full of clever camera angles, inventive camera movements, ghastly prosthetics, and imaginitive sound design. It also turns into a great star vehicle for leading man Bruce Campbell, whose charisma would generate enough interest in two sequels and a television series. This is horror at its most joyous, and an inspiration for any who follow in Raimi’s footsteps.