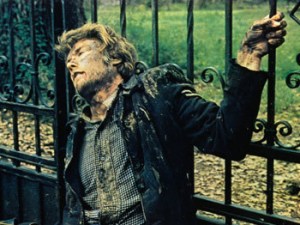 The Beguiled is a period suspense drama that spirals into claustrophobic horror. Clint Eastwood plays against type as a dying Union soldier rescued by a little girl who brings him to her finishing school in the Confederate south. The Beguiled has all the makings of a sweet drama or light comedy as several of the young women become infatuated with Clint during his convalescence. Even the teachers, played by Geraldine Page and Elizabeth Hartman, fall for him. But when Clint acts on one of the young girls’ advances, darkness falls swiftly and unrelentingly. There’s blood, poison, mutilation, incest, and the death of more than one pet as Clint struggles to free himself from the widows’ web. It’s a beautifully complicated and surprisingly un-commercial story dealing in moral shades of gray, and fortunately, the movie has the balls to end on the right note. Despite a modest budget, the production values are high and the atmosphere is very moody, all adding luster to a real diamond in the rough.